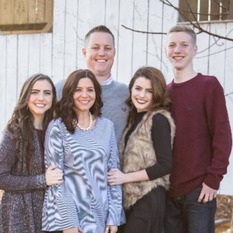 About the Yeater Family & Their Ministry:Bob and Tessa were both born in West Virginia and were married in 1997. Soon after their marriage, they found themselves leading in the junior church department and youth group in their home church for 7 years. When Bob finished his degree in Bible from Mountaineer Baptist College in 2003, they were searching for what God wanted for their lives. Bob was self-employed in the HVAC trade and Tessa was in the home caring for their children.In the fall of 2005 everything changed. Just a short time after moving into their first home God was moving them out of it and putting them into missions full time. They started deputation shortly and arrived in San Jose, Costa Rica at the end of 2007.By the start of 2009 they were well on their way to Yucatan, Mexico, where they ministered with partners Jeff and Elisabeth Carney. This work was nothing short of God and all the glory belongs to Him. They worked diligently to train and disciple the Mexican people so that they could, in turn, put the ministry into their hands.Currently, Bob and Tessa are the founders/directors of Suffer the Children and have been serving in Latin America for the last 10 years. Suffer the Children currently provides food for over 300+ children in indigenous Guatemalan villages and creates jobs by employing 8 families, some of which are widows and orphans. They have always believed God put not only themselves here, but their entire family also. All of their children are involved in the work they do for the Lord also. Allysa, Allison, and Ashton each bring their unique gifts and talents to be used in their ministry. We are so very thankful for their sacrifice and willingness to serve!The field is indeed white and ready... may God only find us to be ready and willing.